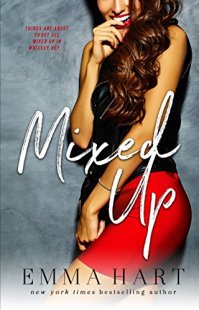 Hiring my brother’s best friend was not on my to-do list.

Expanding my dirty cocktail bar into food was supposed to be easy, except finding a chef in my little town of Whiskey Key is anything but.

Until Parker Hamilton comes home—bringing his Michelin starred chef’s hat with him.

He has no work. I need someone like him in my new kitchen.

Even if I might want him. Just a little…

Working for my best friend’s sister? Not on my to-do list.

Whiskey Key was supposed to be a relaxing vacation, except I haven’t reached the heights I have by lying in a hammock drinking cocktails. So when Raven Archer is desperate for a chef, I offer up my skills.

I’m bored. She needs what I can give her.

Except there’s a problem: I’ve always hated her.

Her and her big, blue eyes, sassy mouth, and killer curves.

If only I didn’t want her.

Parker and Raven have a history of being at each other’s throats while growing up next door to each other. I didn’t fully understand why they didn’t like each other. But when Raven needs a chef, Parker does it as a favor for her brother, his best friend.

Filled with yummy drinks that have funny names, sexy yet hilarious back and forth banter, Mixed Up is sexy and fun to read.

Check out Mixed Up here.

One thought on “Mixed Up – Book Review”