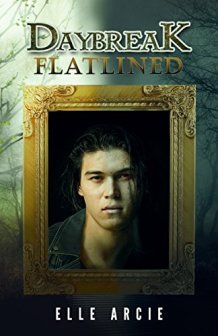 Rating: Four out of Five Stars

She’s supposed to be just a job… a useless pawn.

But to a Paul, she is everything.

19-year-old Lorena is just an ordinary girl trying to live her life. But when she meets Paul, a handsome and mysterious vampire, her world changes beyond recognition. But just when she thinks their relationship is going well, he leaves her without an explanation. To make things worse, she becomes a target because of the relationship she just lost.

Paul is struggling to find his footing amidst the radical changes in the vampire community. He wants to side with the angels so he can be human again. His superiors, however, are against it and will do anything to keep him from going to the other side. Now, he is faced with a difficult choice: stay true to his vampire instincts or work with the angels to save himself and the people he cares for.

Daybreak is a tale of two people fighting to keep their love alive as the centuries-old war between angels and vampires rages on. Will they succeed? Will darkness win or will light finally prevail?

Apologies to the author for the delay in reviewing this title.

I don’t always read a lot of vampire books as they can a bit dry sometimes and the story lines are the same but this one grabbed my interest from the start.

The story centers around Lorena, she is a twin and is living some semblance of a normal life except her boyfriend is a vampire. And due to that, she is brought before the vampire council and their Leader Primus for questioning.

In the midst of it all, she realizes that she is part of something a lot bigger than she imagined. Lorena is part of a prophecy and the only person who can get her through it is a vampire named Paul. Racing against time and the vampire council it’s up to Paul and Lorena with the help of God to fulfill the prophecy that will redeem all flatliners.

What did I think? I know my brief summary was a bit cryptic and I left out a lot of stuff but, you need to read it to get it.
I actually enjoyed reading this book, I thought it will be more twilighty (yes it’s a word) but the author put a much better spin on it.

Let’s talk about the plot, It sounds like an awesome plot and the pace of the story is just right. This is just book 1 and a lot has already happened so this means book 2 should be pretty awesome right.
I liked that the vampires referred to themselves as flatliners (seemed appropriate) Also I like the way the author linked the story to scriptures in the bible and also to God. The general theme is that love conquers all and can cover a multitude of sins and also the fact that faith in God works.

I enjoyed the authors writing style and how she made the characters quite diverse, not the average blond hair blue eyed sexy vamp. I mean Paul is Asian (Japanese) it doesn’t get any better than that right.

I loved the characters in the book, especially Paul *swoon* everybody needs one of him in their life. He was like the white knight and it also shows that God can forgive anything thing no matter what your past is. Lorena was also a great female lead her resilience even after everything that was happening although she was really annoying in some part of the book.

The book seemed pretty big for a first book and I thought there was a lot of the story that could have been condensed and not included, but maybe in the next book(s) it will somehow contribute to the story (I actually hope so). The writing is very simplistic and somehow I think that was what I enjoyed when I read it.

In terms of villains, I liked Caleb. He was just awesome because you feel the chills when he appears in the scenes. I think he was way more frightening that Primus.

Love love love Gabriel, I won’t say anymore so I don’t give away the story. I can’t wait to read book 2 highly recommend it to anyone who enjoys a good paranormal romance.

Guest review contributed by The Angel’s Pearl. Her passion is coffee, photography, reading, and book reviews.