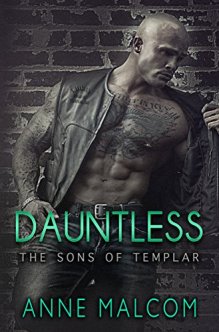 This isn’t a fairy tale. I’ll save you the trouble by telling you that now.

This is the tale of a girl who spent her life bouncing around foster homes, who had her innocence stolen in the darkness before she knew it was something that could be lost. Her demons followed her everywhere, after that night. They chased her to the medical school she dropped out of, to the strip club she sold herself in, and finally caught her in a river of sin where they tried to drown her.

My name is Bex and this is my story.

I’m paddling, barely keeping my head above water. And even though I’m submerged, I’ll never be clean. The layer of dirt that has clung to me since birth is a tattoo I’ll wear for life.
He can’t see it, though.

Even when I’m torn and tattered, and left in pieces, he wades into the filth to try to put those pieces back together.
He doesn’t seem to understand there’s nothing left to repair. To love. Just sullied fragments of a damned soul.

He’s willing to damn himself in order to exact revenge on those who sent me to the pit.
Problem is, my name is at the top of that list, since I not only damned my own soul, but his too.

This book is powerful, deep and unrelentingly dark. There are no glittery rainbows or unicorns at the end. It haunting and deals with an issue that isn’t typically found in a romance novel, heroin addiction.

Lucky is an amazing character that deserves his happiness, as does Bex. The story is on the longer side, but you can’t tell their story in a short one.

So well written and descriptive, this book will stick with you long after you finish it. And once you finish it, you can just stare at the hot guy on the cover!