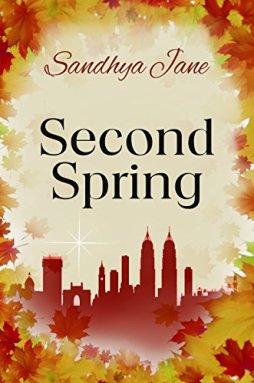 This is Avantika’s heartfelt journey through love and life…

As a smart, successful, thirty-eight-year-old single mother, Avantika seemingly has it all: a great career as a seasoned banking professional, respect and admiration from her peers as an able leader, fulfillment as a mother, and so many other things.

What is it, then, that drives her towards Rohan, a man six years her junior? He’s a man who ideally would not occupy much room in Avantiks’s otherwise sorted mind space.

She has told herself she has no time fore love. Then, why does she make the choices she makes? Is it the sameness and banality of everyday existence? Is it the emotional vacuum? A need to relive life? A feeling that life as she truly lived and felt is passing her by?

However, as she struggles with her feelings, Avantika and Rohan part ways…only yo meet again. To what end? Why does Rohan want her back..and why now? So many questions! Very few answers!

Avantika’s journey is as spiritual as it is emotional. Can love give second chances? Join Avantika in the twists and turns of her story, through her ponderings over the mysteries and vagaries of the word “love”, the complexities of human relationships, and the reassessment of all the values she had held dear…

The basic plot of the story is the stereotypical relationship of a older woman and a younger man. In India, it is seen to be not acceptable and hence the inner turmoils of Avantika, both as a mother and as a thinker of what the society will think, is portrayed beautifully. When I read the book I found myself in the shoes of Avantika and I thought about what a girl should do in these circumstances. It made me think about things that I don’t usually think. This as a awesome job in the ‘story’ department.

The book skips between the point of view of Avantika and Rohan an both the characters were written very well. I could read and know which character was telling there side of story because the character’s voice were up to the point.

I liked Rohan from the start because he was a caring and good natured (did I mentioned very good looking?) person and he almost did the correct things for all the right reasons. I almost thought his decisions in the novel were correct and anyone would have done the same thing.

Whereas Avantika,  especially in the second half of the book lost somewhere. I connected with her in the first half well and good but as the second half started I felt like she was doing so many things wrong. Like for example (This is not a spoiler because I’m just mentioning the book cover blurb here) when Rohan and Avantika part ways, Avantika becomes an almost ascetic as she turns into this spiritual person which really seems awkward. Not because I didn’t want her to be spiritual or I have any hate for the people who are ascetics but because the turn as so fast that I didn’t really believed it.

Sure, the author hinted on her being a spiritual person from the beginning but the whole concept just didn’t please me.

The writing style was good for this novel. With simple words used the author did a good job with the different character voices. The dialogues were so swoon-worthy and I wanted more of the dialogues between the main characters without them being shy most of the time (I get it, they were shy but I wanted them to talk more too!)

Also the ending!!! OHMYFJFHVJ!! What was that! I’m trying really hard not to give any spoilers but what was that? I swear I didn’t see that coming in ages! And that made me happy because half the time I predict what’s going to happen in the books and I’m left getting disappointed because I guessed it. But reading this book ending was like walking into a wall straight on. I had to reread the lines again and again because I literally thought I was dreaming! And IU imagined the author smiling at me and saying “Nope. You’re not dreaming, my girl. You just had a book attack*. And you’ll be fine soon.**”

*I invented this word. It is a mix of a heart attack because of a book. TADDDAAA! Book attack!

**This translates to- “No you’ll never be fine. You’ll spend days thinking about this and then you’ll probably faint after thinking about it some more.”

Guest review contributed by Vrushali. Vrushali reads books like people eat food. As an aspiring writer, she enjoys examining the form of writing when she reviews books.