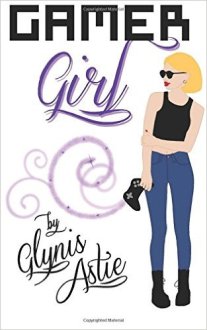 Thank you to Author Glynis Astie for inviting me to read and review her new book ‘Gamer Girl’. Glynis told me that another Author Tracie Bannister had recommended me as a good bookblogger, which I was very flattered by. So, thank you to both Tracie and Glynis. Now for the book….

Struck by tragedy at an early age, Meri Palmer escaped into the only world she understood. Within the virtual realm of online gaming, she lived a life filled with mythical creatures and thrilling adventures, where she was strong, powerful, clever, and beautiful—everything she believed she wasn’t in real life. As the years went by, her desire to cling to her cherished fantasyland only grew stronger.

END_OF_DOCUMENT_TOKEN_TO_BE_REPLACED

I strongly recommend you to read the book before reading this review. There are no major spoilers, but I think the full impact of this story is received only if you enter it unaware of what to expect. However, if you do choose to read on, I’ve marked the spoilers out.
It Ends With Us is told in a very interesting style, alternating between past and present via medium of the main character, Lily’s diary.

END_OF_DOCUMENT_TOKEN_TO_BE_REPLACED

I ABSOLUTELY LOVED THIS BOOK!

This has been my favorite YA novel so far of this year. Susan Ee is an absolute genius when it comes to writing YA Dystopian/Urban Fantasy novels.  I can’t even wait to read the next book in the series and I won’t be able to contain my excitement when it do.

END_OF_DOCUMENT_TOKEN_TO_BE_REPLACED

I don’t really know how to review this book due to my mixed feelings. Maybe it was being it was my first Colleen Hoover book, and I was expecting a lot from the dubbed “Queen of Romance”. Ugly Love was completely unexpected for me. This was not what I was expecting AT ALL. AT ALL AT ALL AT ALL. ***Light spoilers***

END_OF_DOCUMENT_TOKEN_TO_BE_REPLACED 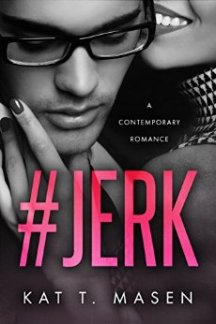 He was that boy in the playground. The one that pulled your pigtails. The one that lifted your dress in front of the entire school. Now he’s that guy in the office. The one that steals your lunch from the fridge. The one that gets away with everything. I’m sure you know him. Everyone knows that guy. He’s a #JERK.

Presley Malone knew her relationship with her fiancé, Jason, had run its course. The second that ring came off her finger, she didn’t expect to be the pawn in an immature game played by the office jerk. His name is Haden Cooper, and he is six years younger than her. Immature and irresponsible, getting drunk and stoned every weekend like he never left college. He rode a motorcycle, carrying a different girl each week. He was everything a jerk should be—insensitive, unreliable, and most importantly, a heartbreaker.

END_OF_DOCUMENT_TOKEN_TO_BE_REPLACED

Goodreads Summary: Sometimes discovering the truth can leave you more hopeless than believing the lies…

END_OF_DOCUMENT_TOKEN_TO_BE_REPLACED

This is the series that started my love for MC romances. Her stories are so well written. Each story, each couple is different, with different obstacles to overcome. The men are alpha bad asses, the women are strong enough to deal with the MC lifestyle.

END_OF_DOCUMENT_TOKEN_TO_BE_REPLACED

SUMMARY: Fallon meets Ben, an aspiring novelist, the day before her scheduled cross-country move. Their untimely attraction leads them to spend Fallon’s last day in L.A. together, and her eventful life becomes the creative inspiration Ben has always sought for his novel. Over time and amidst the various relationships and tribulations of their own separate lives, they continue to meet on the same date every year. Until one day Fallon becomes unsure if Ben has been telling her the truth or fabricating a perfect reality for the sake of the ultimate plot twist.

END_OF_DOCUMENT_TOKEN_TO_BE_REPLACED

Briar Thompson had it all. The right clothes, the right friends, the right car. Being popular was all that mattered. Her parents were rich and treated like royalty throughout the community. She thought her senior year of high school was going perfectly, until the night her drink was spiked at a party by one of her so called friends.

That was the night she met Chase McCree.